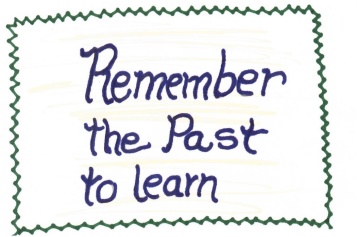 Memory is a strange thing. It is both a gift and a curse.  It is something we share with others, but also sometimes deeply personal.  For example, with the death of Muhammad Ali, I noticed that while there was some diverse and interesting personal airings, there seemed to a consensus of our idea of him.  Sometimes memory is like a copy of a copy of a copy, fading with time. Other times, such as with Ali, it becomes deeply engraved, and in fact becomes something of reverence. In many ways it is the essence of our identity, unchanging and changing at the same time.  That expression, “The past is a foreign country they do things differently there” (L.P. Hartely) seems apt.  In many ways it does not matter if this is only a version of the past.  It is always about versions, because even in the present, it is about a version, our perception.

Sometimes a memory will drift into your mind, like fog rolling down the street, seemingly coming out of nowhere. I was lying in bed the other night, unable to sleep, and for some reason, my mind cast back to images of our last week with our dog TJ, in 2002. He had been with us for 15 years since a pup,  given to us by an old friend, while we grew up fitfully toward  and through middle age.  We were much more active and traveled then (ie younger, less “busy”), and he went with us everywhere.  But my sharpest memory was his last week with us.  He was diagnosed with oral cancer (it seemed to come out of nowhere) eight months after my mother died from Glioblastoma.  (My sisters in California carried the burden of our mother’s care). In between these sad events came the devastating day of 9/11. His last week, six months later, was the same week I was graduating from a two-year Masters in Social Work program.

Under the tutelage of our vet, we had cared for him through our own version of a hospice, with lots of homemade blended food. That week he had become markedly weaker and we were considering taking him the vet to make a decision to euthanize, but she was on vacation, so we delayed. He was not in pain as far we could tell. [We have never had to euthanize a dog, to this day.] He was still really interested in what was going on.  The day of my graduation we were taking pictures in our back yard, a grassy and shady common area. He decided to come outside to join us, albeit slowly and carefully. We have pictures with him from that day.  (In a happier time, we were filming some TV spots in same area, and he was a happy co-star.)  It was a day of ambivalent feelings. I had come so far and frankly a lot of obstacles for many years, so it felt good, but loss hung heavy in the air.  That night I carried TJ upstairs, as light in my arms as a fist of tissues, and laid him  gently on a cushion next to my bed, and when I woke up the next day he was gone.

I don’t know why I was thinking of this. Sometimes you may not notice the important changes in life, but sometimes the changes are loud and grab you buy the shoulders, pay attention, important things are happening here.  I can look at photos and read some letters,  and sometimes I can almost recall my mother’s voice. We want to feel a connection through objects, but they are already there,  deeply engraved in your body, spirit and mind. I have moved on and there have been many new experiences and accomplishments, changes and new losses. But I suppose that year is so sharply etched in that my mind offers it up, unbidden, for further contemplation.   Do I understand what it all means?  No I don’t and maybe I don’t need to. But we honor our memories as a people, and in our lives. 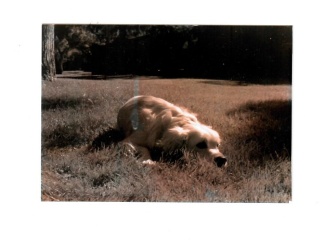